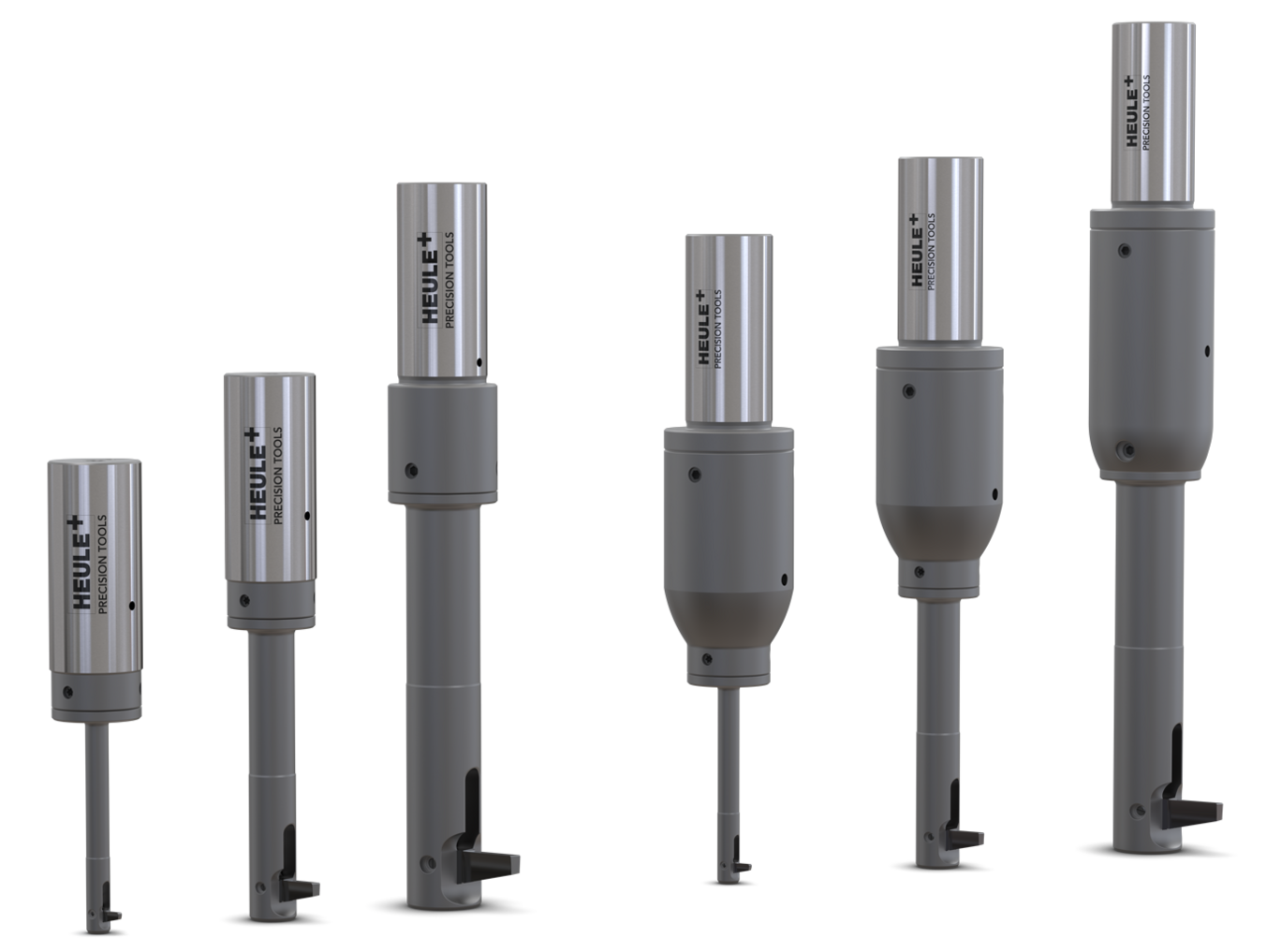 The standard range consists of back counterboring tools for use with bore diameters ranging from 6.5 mm to 21 mm in 0.5 mm increments. The maximum possible counterboring diameter is 2.3 times the bore diameter. The tools can be activated both by internal coolant pressure ( min. 20 bar, max. 50 bar) or compressed air (min. 6 bar).

Should no standard tool solution be available for your application, HEULE can make a detailed application analysis. The result will be an application-specific solution.

The BSF is specially designed for automatic operation and is ready for use immediately. It does not require a torque arm or any machine adaptations. The simple design of the back counterboring tool enables the swift replacement of individual parts and blades. Standard range carbide blades are coated and available in increments of 0.5 mm. The specially designed geometry of the tool ensures that chips and dirt are reliably flushed out of the blade window during counterboring. 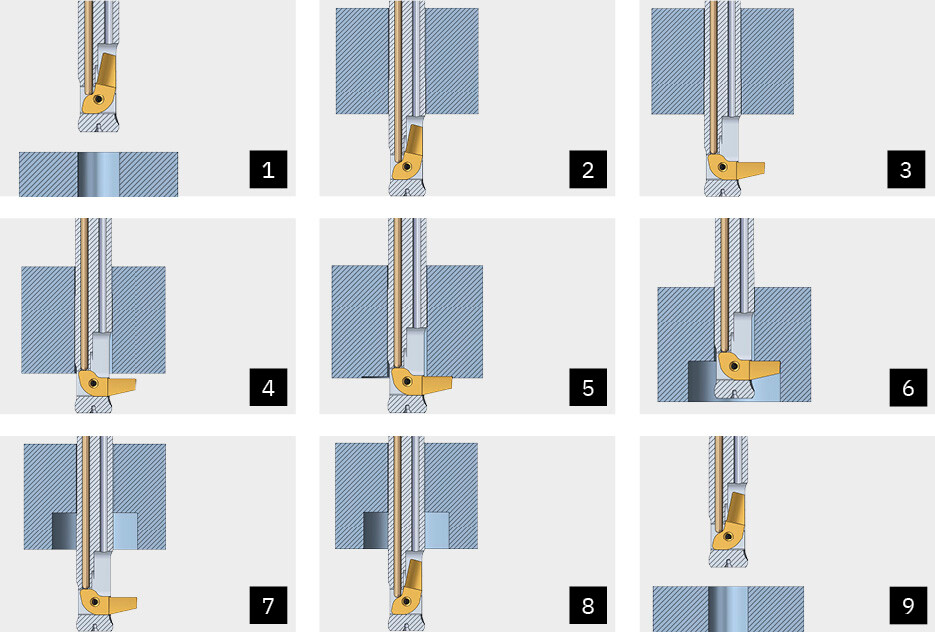 Do you wish to find out more about BSF technology? Visit our downloads section for detailed information, videos and operating instructions. 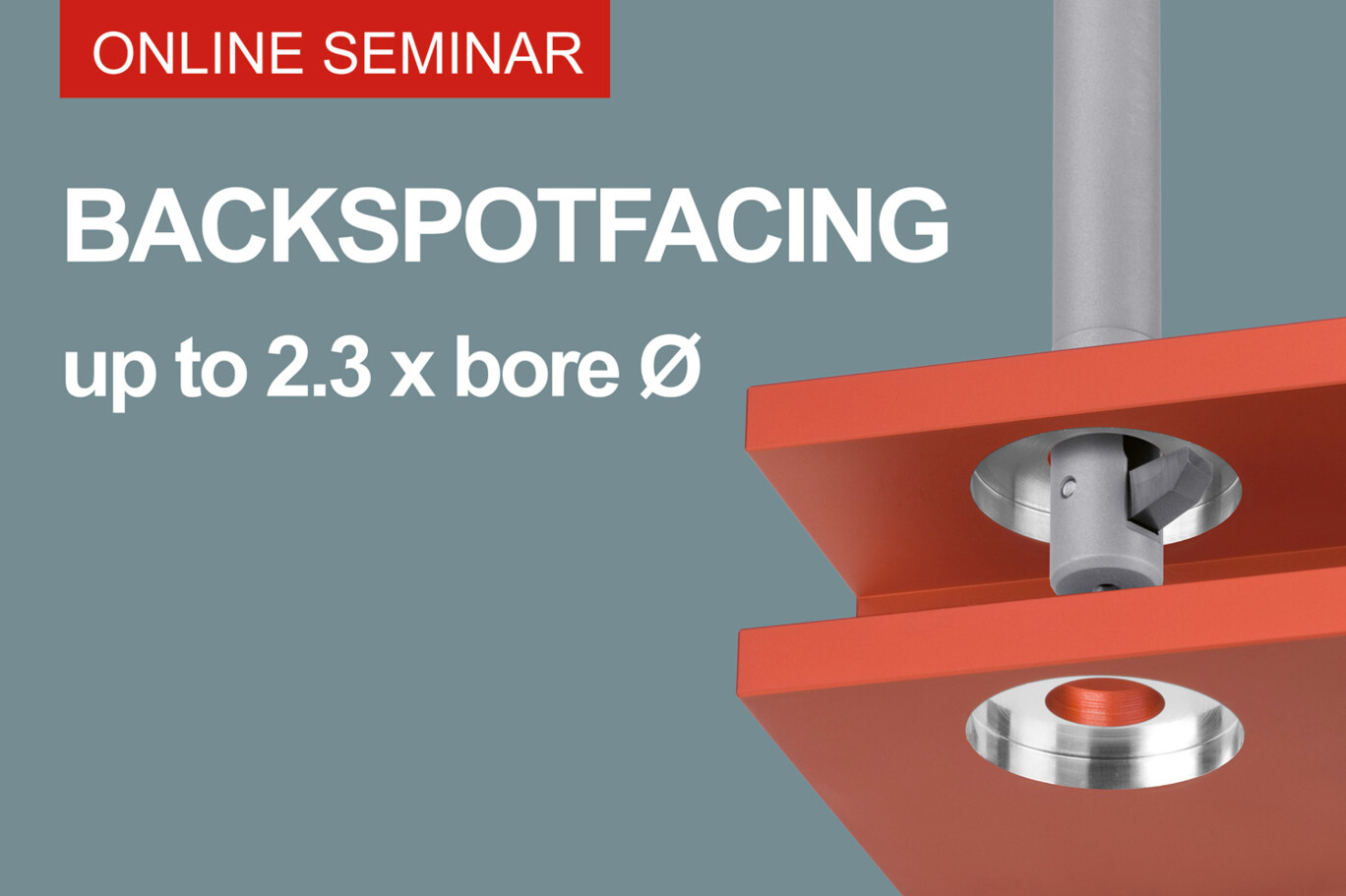 We demonstrate this in our 20-minute Online Seminar "back SPOTFACING up to 2.3 x bore diameter". Click on the link below and have a look.

To the Online Seminar
Application examples
Back counterboring in action
1 / 3
Helicopter Component | Off-machine production saves time and improves quality.
More about the helicopter component All sample applications
1 / 3
High voltage conductor cable | Avoid re-clamping by back spotfacing: The customer can manufacture the entire 500-piece batch without interruption or blade change.
Additional information about high-voltage conductor cable All sample applications
1 / 3
Gearbox housing | Cycle time savings and improved process reliability.
More about the gearbox housing All sample applications
Contact
Would you like to discuss your backspotface requirements?

We are pleased to assist.

Thanks to our worldwide network of branch offices and approximately 50 sales partners in 35 countries, HEULE competence and know-how is always within quick and easy reach.